Tucked just behind Temple Meads station, Moor Beer has made an artform of creating what they describe as ‘Modern Real Ale’. The brand was reborn in 2007, when Californian Justin Hawke took on an almost defunct business, and turned it into the legendary brewery it is today.

Using specialty malts from small producers and hops from around the world, the team at Moor produce a dazzling array of full-flavoured, balanced and perilously drinkable beers, earning themselves the first accreditation from CAMRA for beer in can, cask, keg and bottle. Moor propagate their own yeast, as well as adopting other strains, allowing them to create beers to reflect different international styles, including ales, lagers, stouts and mixed fermentations.

Moor Beer is vegan, too. The brewery firmly believes that using isinglass finings (a fish product) negatively impacts the quality of beer, and instead rely on live yeasts and flavour compounds to enhance the flavour and aroma of their brews.

Mission and values: Combining the best of global brewing traditions and ingredients from the world’s best suppliers to create beers that are all about flavour, drinkability and enjoyment.

We love them because… of their independent, vegan friendly ethos. Not to mention that they all taste great, and are super sessionable regardless of their strength!

< Back to Products & Suppliers 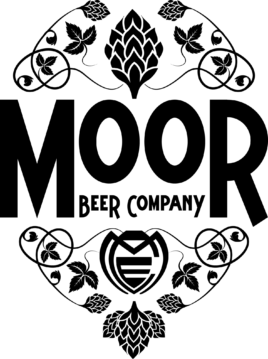