A holistic approach to fish stock sustainability: why does Better Food stock fish on conservation watchlists?

We chose to work with our fish supplier, Sole of Discretion, after a careful search for a South West fish supplier taking a truly sustainable approach to their trade. Marine sustainability is a complex issue, and no one factor can safeguard our fish stocks. That’s why Sole of Discretion consider many aspects of fishing to achieve the most sustainable solution to catching and eating fish… 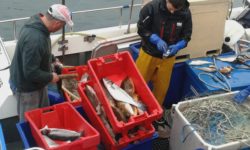 Sole of Discretion believe that sustainability is about looking at the health of the entire ecosystem, not just one species. For this reason, they use catch method and not the status of a species to determine what they offer their customers. This is based on the understanding that the method of fishing has a huge impact on the health of marine ecosystems, and that by choosing only fishers who use low-impact methods the benefit to the entire marine environment is greater.

When considering whether a species can be actively targeted for fishing, Sole consider not only whether or not that particular stock is in danger of collapse, but look at the impacts of fishing one species over another. Rather than aiming to exploit a fish stock until it is depleted 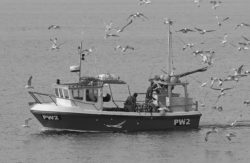 and then has to be left to recover, Sole believe that fishing sustainable amounts across the species available, and eating more types of fish, takes the pressure of single stocks. Sole fishers will never purposefully target endangered species.

Sole of Discretion pay their fishers a fair price for their catch, no matter what they catch. This may mean that the species that make their way to Better Food’s shelves are a bit more varied and unusual, but they all taste great! All fishers inevitably catch species that they weren’t targeting alongside those that they were – Sole’s promise to fishers meant that no fish get thrown back dead into the sea, meaning no waste, just tasty, nutritious fish and a better livelihood.

Protecting livelihoods in order to protect our seas

Sole of Discretion believe that by helping to make fishers’ livelihoods more viable by making a market for the unavoidable bycatch of vulnerable or less valuable species, we can preserve—or even grow—the small scale fishing industry, preventing the loss of their skills and knowledge and a complete reliance on industrial, more damaging fishing vessels.

For example, we may stock ling that has been caught exclusively by hand-liners. The fishers target pollack and haddock, but in so doing will also catch ling. Bigger boats might discard the ling as it is a relatively undervalued species, but it is Sole of Discretion’s commitment not to waste any of a fisher’s catch, ensuring that they receive a fair price for everything they land, and that all their catch is eaten.

A new standard for sustainable fishing

To this end, Sole of Discretion are working with the Soil Association, Exeter and Plymouth universities and The New Economics Foundation to develop a Code of Conduct exclusively aimed at the under 10 metre boats. It is practically impossible for the small boats to fish a stock to depletion, and yet the smaller boats are always the sector that suffer the most when over-simplified measures are brought in to limit the decline in stocks, often long after the smaller boats have been demanding protection of a species or habitat. There are countless examples of this, bass and cuttlefish being two of the most recent.