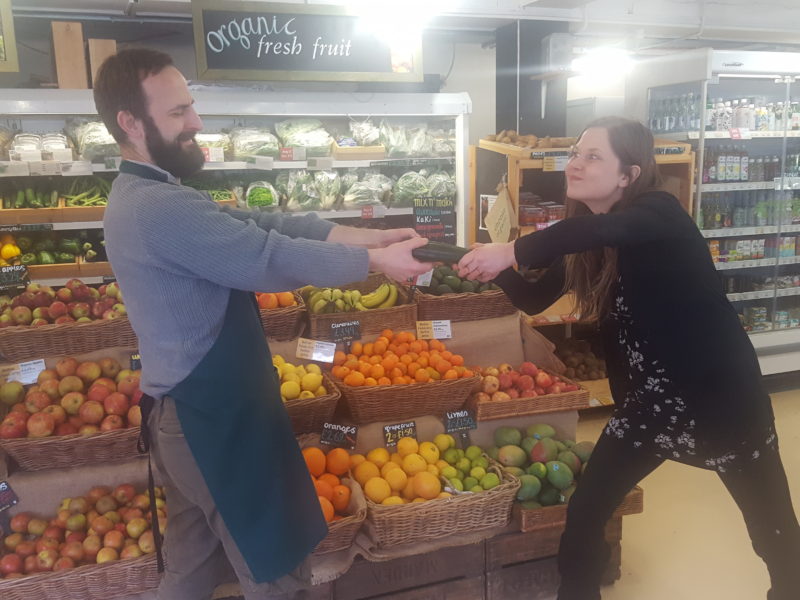 Tackling the hunger gap, one kale at a time

In the battle between Mother Nature and our food preferences, Mother Nature is winning. We may have brought on the courgette crisis but even we couldn’t have been prepared for the recent frosts. So what makes the food system so vulnerable and what can we all do to alleviate future alarm during the height of the hunger gap?

As a nation, we source more than 60% of our produce from UK farms, compared to 100% during WWII. Our economic system and the influence of other cultures – through our own wanderlust and the arrival of migrants – have rapidly changed our food preferences and reliance on European markets. 30 years ago salads and tropical fruit during winter would have been unheard of. Today it is not surprising to see people eating mango and Iceburg lettuce in February. According to The Community Farm a lack of understanding about seasonality and sustainability is what is really behind the crisis. Lets unpick this a little further.

Following Brexit the sterling devalued against the US Dollar and the Euro, leading to a marked increase in the prices of fresh produce. At the beginning this was close to 20%. In summer we remained largely protected from market volatility due to our abundance of UK-grown produce and the relatively small amount of imports from Mainland Europe. However when winter hit this all began to change.

Importing from other countries or growing crops undercover “extends our seasons further, decreasing the ‘hunger gap’ and shielding us even further from the reality of the harder times of old,” says Group Fresh Produce Manager Lee Spinelli. However with these development come a new set of problems. Covers are often made of plastic, keeping us dependent on the fossil fuel industry, while imported crops add to our carbon footprint. Although imported crops may not need the same amount of cover, if grown out of season they will likely require the help of artificial inputs (pesticides, fertilisers, heated greenhouses etc).

Even local seasonal produce such as carrots, parsnips and kale have been affected due to the recent cold snap. In some parts of the country temperatures plummetted to -5°c. When temperatures drop below 0°c the ground freezes it is harder to pull root veg from the ground and tender leaves become brittle. Here at Better Food we have experienced similar problems with our local kale (due to the frost) and imported organic courgettes and broccoli from larger farms. If demand outstrips supply then prices could go up.

The icy conditions slow down the growth of other vegetables – such as asparagus – and could lead to later harvests this year. On the upside, the longer growing time does allow for more sugar molecules to form however, so on the upside our veg may taste sweeter.

If we continue to demand out-of-season produce then we should brace ourselves for a rather uncertain future. “It’s possible that the low UK availability of certain crops could also be due to more demand, with customers substituting UK produce for imported,” explains Spinelli. This could be for a number of reasons that are not completely clear. It could be that imported potatoes are ‘cheaper’ because they are grown in countries where wages are low and farms are large. Yet as we have seen in the media, migrant farm workers in our own country are also subject to below-average salaries and fewer protections. So for the average supermarket shopper this messy situation is something they prefer not to consider when choosing food for their household. Price continues to be the deciding factor for most shoppers, not whether food is local or ethical.

However things are changing. As the Organic Market Report found in 2016, organic sales are up for a 5th consecutive year.

Local, seasonal fruit and vegetables are often cheaper, saving air miles, and reducing the need for excess packaging and industrial storage. They also retain their nutrient, mineral and trace element content, which satisfies our bodies’ need for that particular time of year. For example apples, which are plentiful throughout winter, are packed with vitamin C to boost our resistance to winter colds. Just ensure that whenever possible support agroecological farming. According to the UN it is the only way to feed the world sustainably.

Farmers markets and ethical supermarkets like Better Food can compete on price to supermarkets. Lee is always trying to find ways to save customers pennies while ensuring farmers and Nature get a fair deal. Because we account for this at times prices may seem a little more than elsewhere. But don’t forget that today we spend far less of our income on food than we did 30 years ago.  If more people shop at places that support a fairer, more sustainable food system then we will create a fairer, more sustainable food system. We can show the mainstream that there is demand for something  until we become part of the mainstream. Think about the success of the Vegan movement. They are now able to eat faux meat and cheese until there heart is content, pretty much anywhere. Imagine if this happened with agroecological food.

On the home front

We can all grow a little bit of food at home as well – herbs and salad items can grow easily on windowsills and in plant pots and seed trays indoors. You don’t have to have a garden to be green fingered these days. And just a few edible veg in your house can save you lots of money in the long run.

Each year we also waste 1/3 of all the food we produce. So it is worth finding ways to prolong your crops when you take them home. Root veg can keep for several months if kept in cold storage and most veg (and fruit) can be preserved in pickles, chutneys or fermented dishes.

For novices, familiarise yourself with seasonal produce guides and look out for short-courses on growing food. Many councils now offer opportunities to learn how to grow and cook healthy, seasonal food. And of course it goes without saying – support independent retailers like Better Food. If you are in Bristol, check out http://www.bristolfoodnetwork.org/, which has a directory of local producers and courses available in the area.